A day trip to Padua

My grandfather, who passed away when I was only three, used to have a lot of hobbies. One of them was making model buildings out of cigar boxes and scraps of wood, which he would then wire for lighting and setup in a room in the basement during the Christmas season. Many of the "Christmas Houses" he constructed were passed down to the grandchildren.

The one that always held the most fascination for me was his model of the Basilica of S. Anthony in Padua. He had never seen it, of course..although his family was from Alvignano, he was the only one of his brothers to be born in the U.S. He did, however have a postcard with a photo of it, and built his model from that. Naturally, it was only a partial view of the grand basilica, and he really didn't know anything about church architecture, so he only built what he could see in the postcard, 3/4 of the Basilica. Here's a still from an old 8mm movie that showed the model church when it was in its prime, probably around 1954. 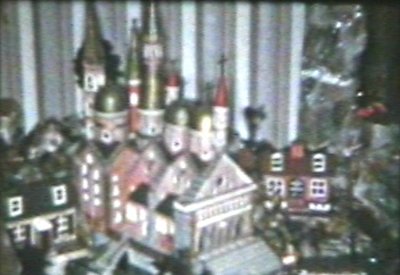 Model of Basilica of S Anthony

In 2011, I had the opportunity to see a sophisticated model of the church in the Vatican Museum, and that made up my mind...one of these days, I was going to make it to Padua to see the real thing! 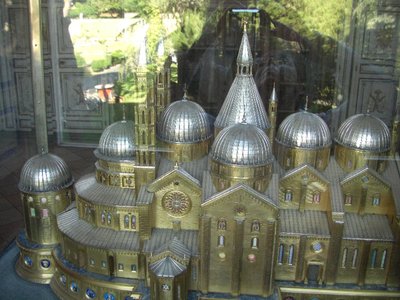 Since we had an extended stay in Venice this year, we decided to take the short train ride to Padova to visit the Basilica. When we arrived at the station, we exited from the closest door, and couldn't figure out where to catch the tram that rides down into the historic center. Rather than wander around looking for it, we decided to strike out on foot downhill through the busy commercial district, stopping briefly for a panini and some refreshing lemonade.

Recommendation: Take the time to find the tram. The commercial district is not appealing at all.

As we arrived at the historic center, I tried to make sense of the directions I had jotted down. Off in the distance, on the far side of an enormous piazza, I saw what looked vaguely like the basilica I was looking for. We struck off across the immense piazza, the Prato delle Valle. 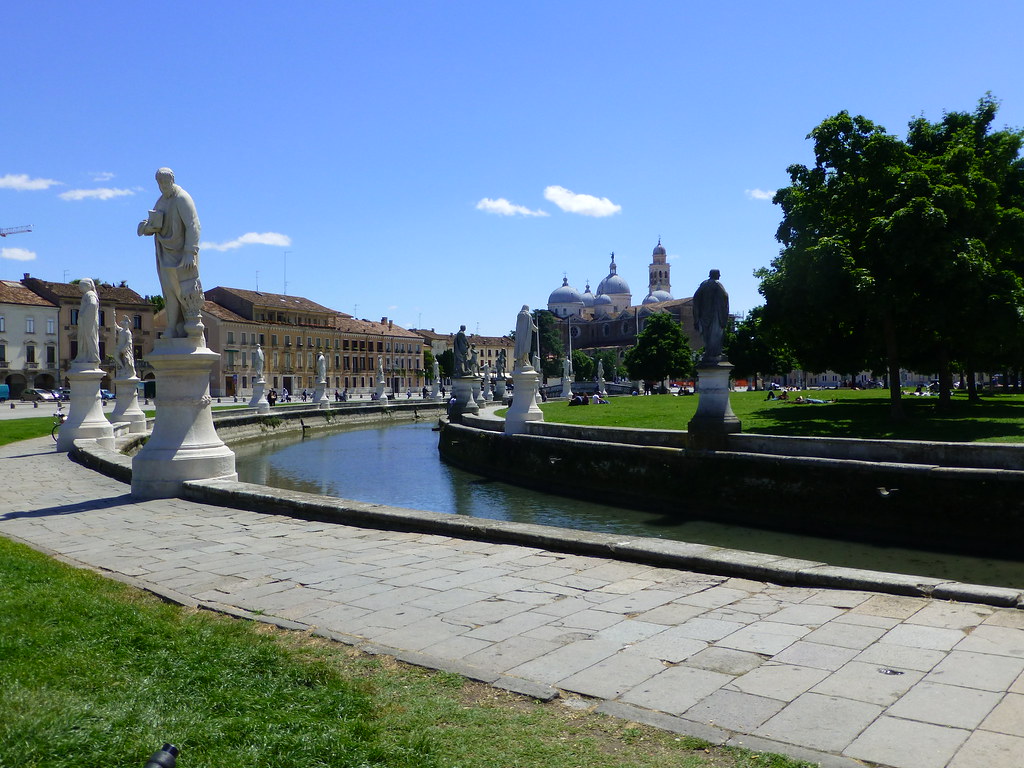 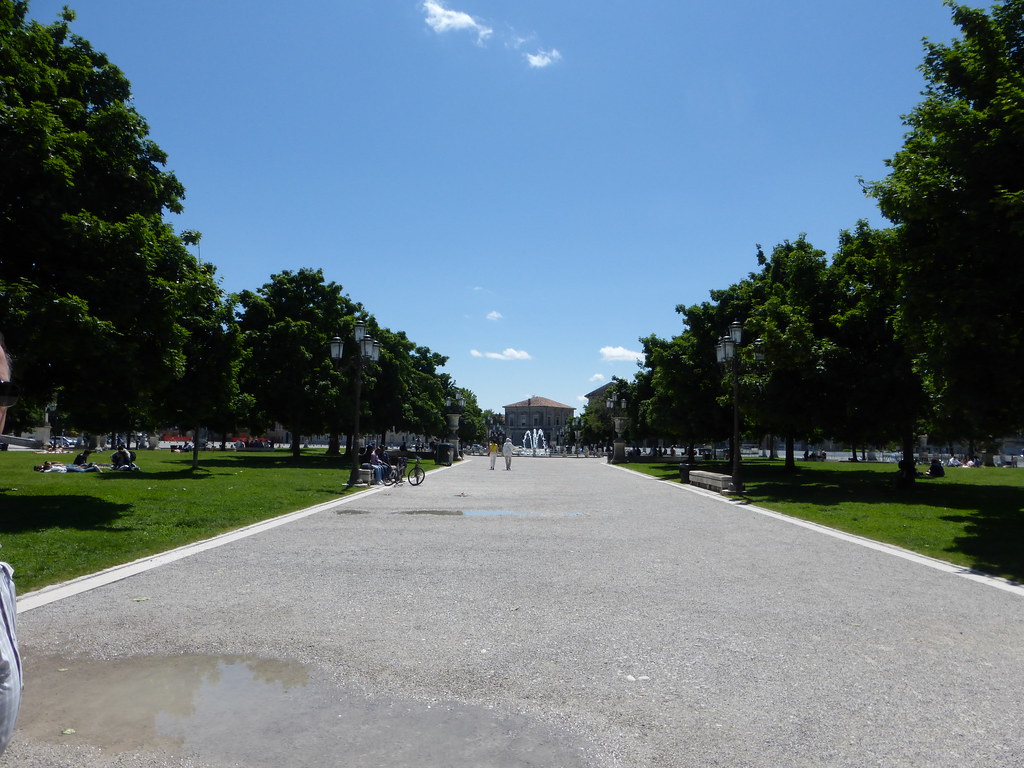 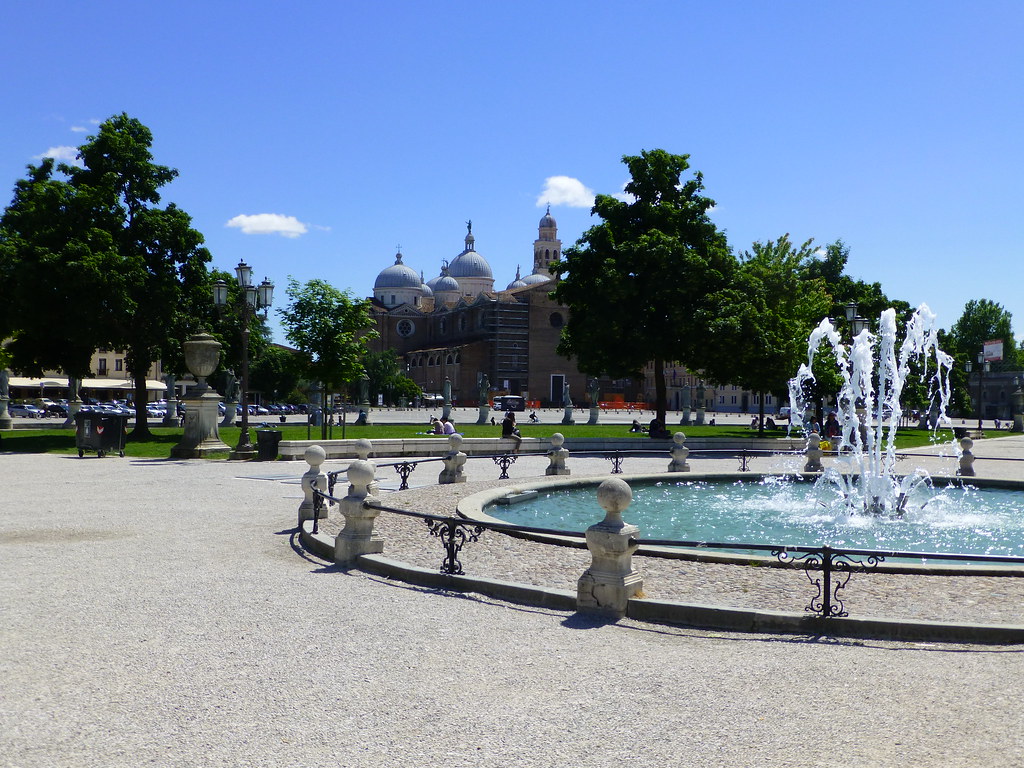 There it is! At last!

As we approached the church, I felt a sense of disappointment. This was not nearly as ornate and beautiful as I had imagined, and a large portion of it was wrapped in scaffolding. Something just didn't seem right. We circled the church, looking for the view that my grandfather had used to make his model. 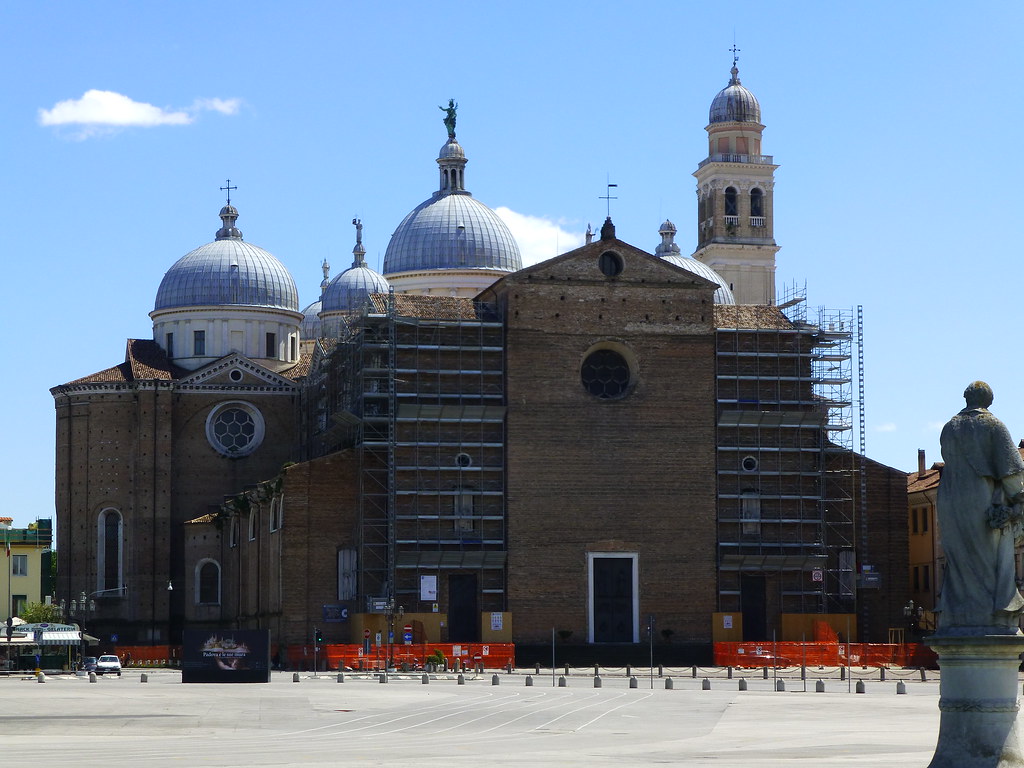 When we reached to parking lot at the back of the church, we realized we had gone far astray..this was the Church of Santa Giustina. We had missed the basilica by half a mile! We backtracked across the Prato. 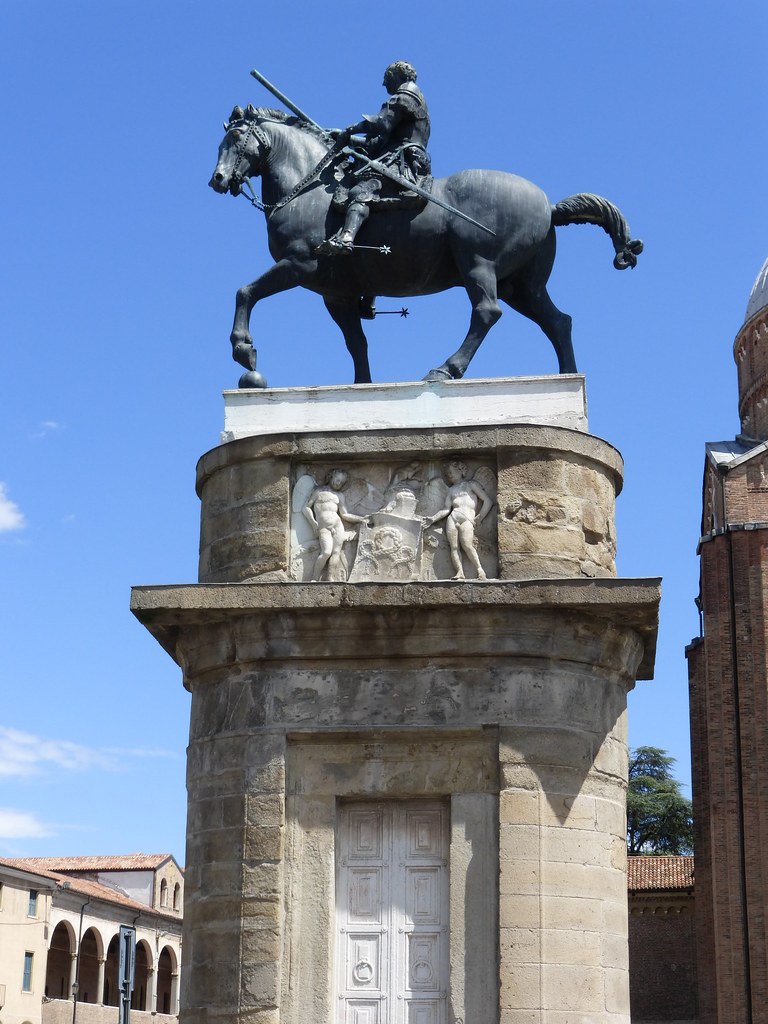 ...and there it was. The Basilica was as beautiful as I had imagined. I noted with amusement that my grandfather had missed half the nave and an entire arm of the transept. 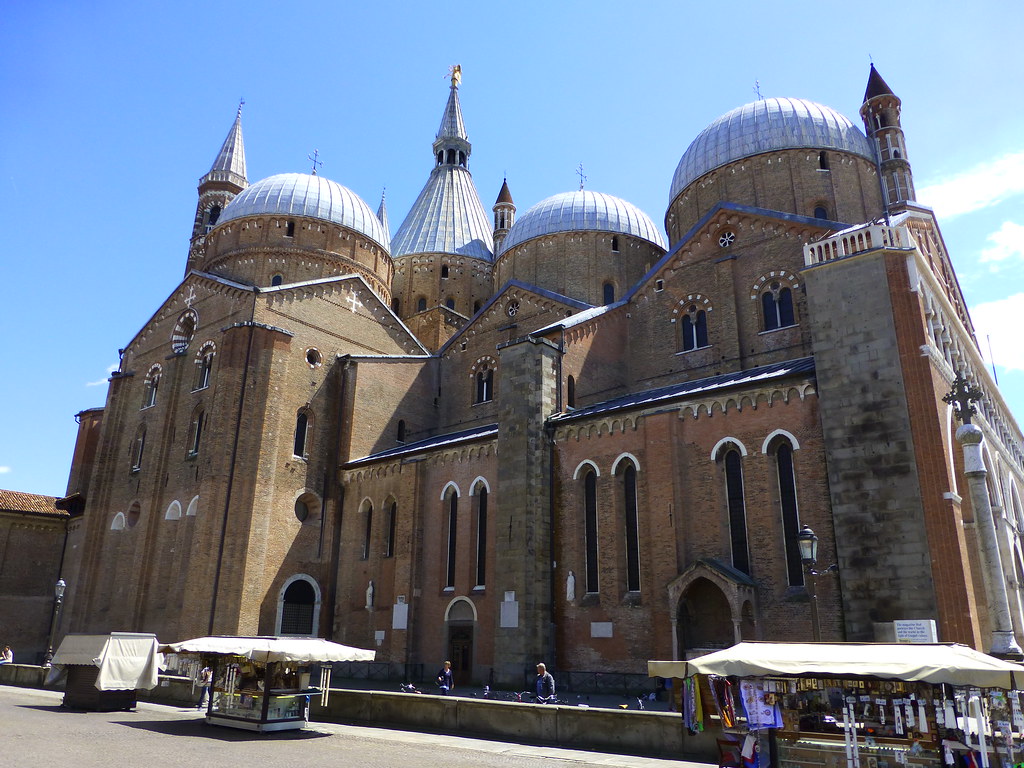 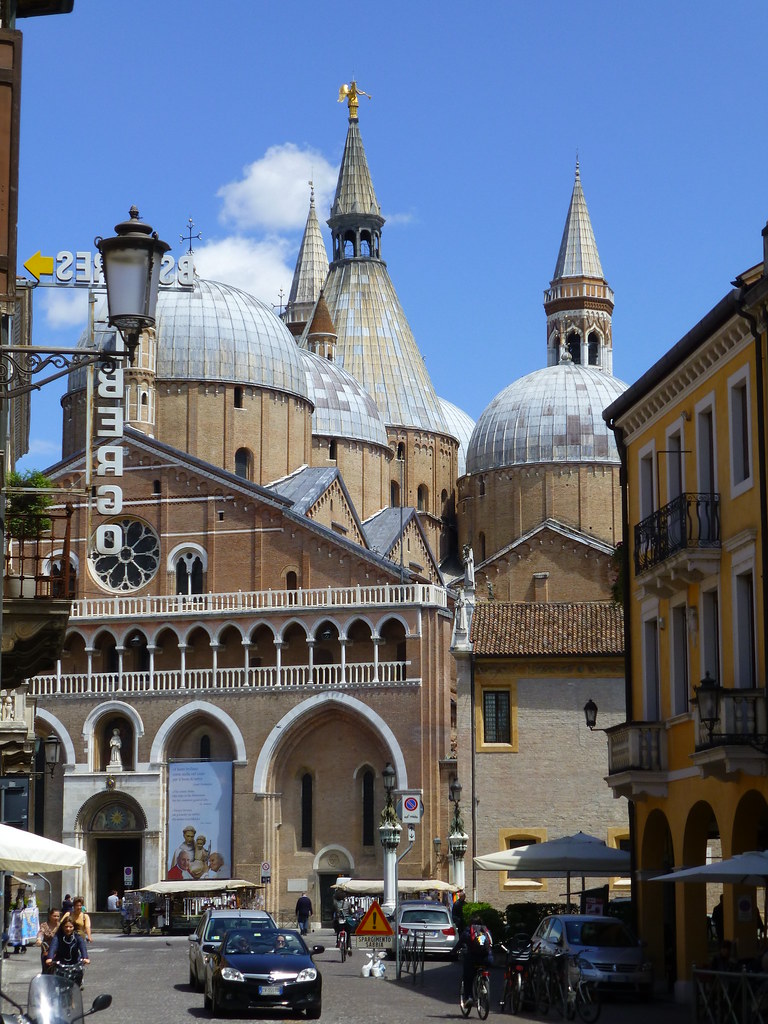 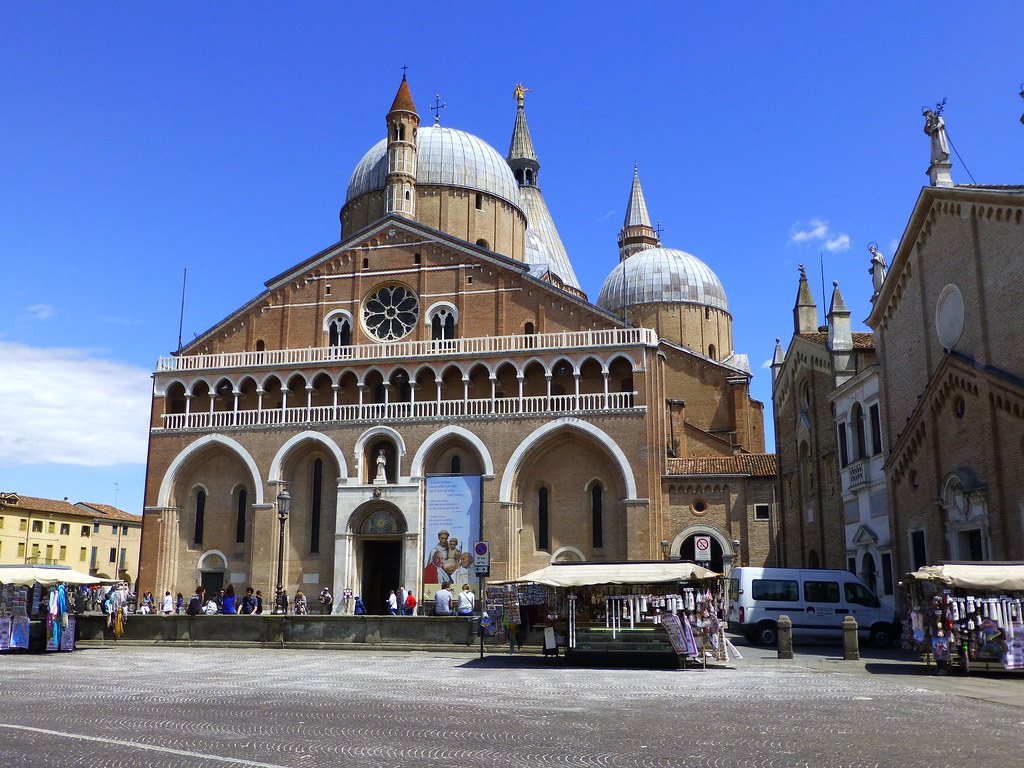 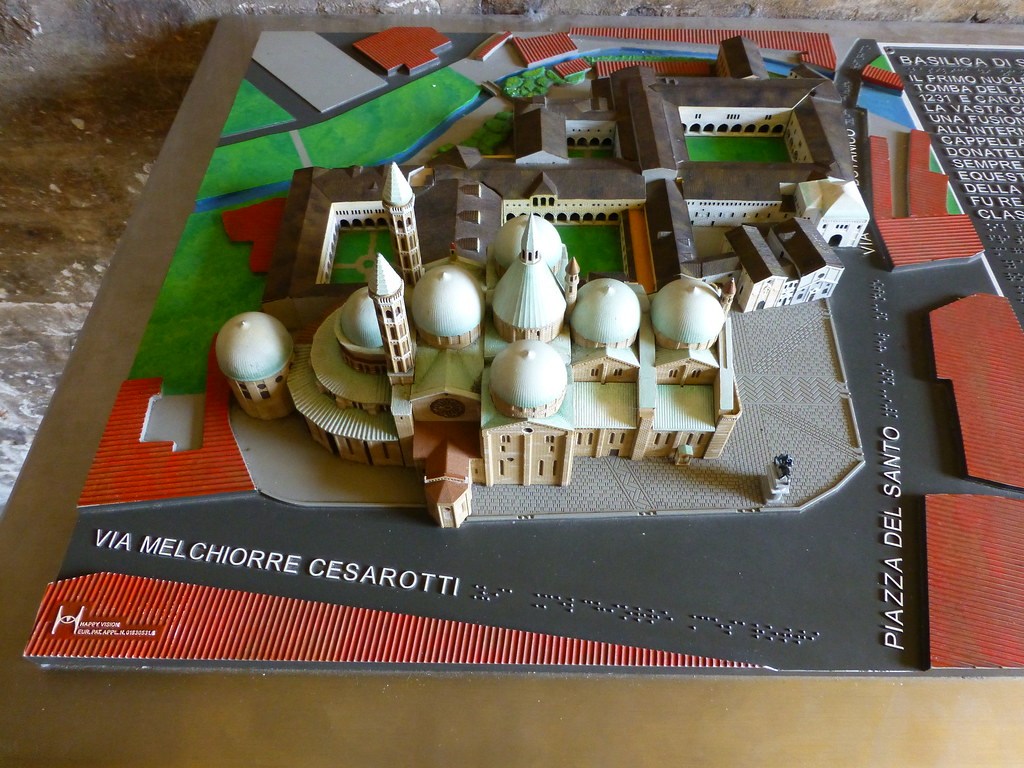 Small scale model for the blind to touch

Inside, the church contains a number of relics of St. Anthony, as well as his tomb. At the time of our visit, the small side chapel that contained the relics was closed. On a large display at one end of the tomb were pinned dozens of votive offerings, silver molded into the shapes of hearts and lungs, signifying people who's ailments were miraculously healed by the intercession of St. Anthony. As we watched quietly, a steady stream of the faithful came up to the tomb, leaned their heads against the black granite, and pressed slips of paper with prayers or names against the tomb, saying a quiet prayer.

It was a profoundly moving experience to witness the faith of the supplicants that come to this church. Of all the churches we have seen in Italy, this one has the strongest feeling of a sacred place, more so even than St. Peter's in Rome.

Leaving the basilica, we find that all of the Tabacchi shops are closed, and we don't have enough coins for the automated machines to buy a tram ticket. Wearily, we trudge back uphill to the train station, and return to Venice. Our trip to Padua has been both frustrating and rewarding.