Wrapup of our Venice-Sorrento-Rome Trip, 2013

On Friday, May 23rd, we joined our driver from RomeCabs for the early morning trip to Fiumincino Airport for our trip back to Philadelphia. RomeCabs is an excellent and professional service, we recommend them highly.

Since we're flying back to the US on a US Carrier (the dreaded US Airways), we'll be flying out of Terminal 5. We arrive at the terminal more than three hours ahead of our flight, and are delighted to see that the lines aren't stretching out the door. First stop is a basic security and passport check at a US Airways desk. We're provided several plastic bags, and told that we'll need to separate all of our electronics, cameras, cell phones, chargers and cables into the clear bags. Next, it's around the corner to the check-in and ticketing kiosks. Next stop is a thorough security screening, and finally a trip through passport control.

No gates actually exist at Terminal 5, so we board a shuttle bus to Terminal 3. From there, it's just a matter of coffee, pastry, and waiting. We do our waiting mostly standing up, because FCO Airport has seen fit to provide about 50 chairs for every 300 people.

Our plane departs the gate on time, but then sits on the taxiway. The unseasonable weather we've been having has struck again...winds have been kicking up, gusting to just a couple of knots over the maximum allowable for our plane to be permitted to take off. Normally, that's not a real problem...the plane would ordinarily be assigned to a runway that's at a different angle to the wind. Unfortunately, that particular runway is being resurfaced, so we have no choice but to wait until the winds die down.

After several false starts, we eventually do get airborne, and the flight is pretty much uneventful. This time, we're on an Airbus with individual video on demand built into the seatbacks, so with a few long movies the time passes at a reasonable pace. We're served a forgettable lunch, and an unforgettably bad light snack (a so-called turkey sandwich with alleged Cuban sauce...if it's offered to you, I advise you to avoid it).

Arriving at Philadelphia about an hour late, we breeze through baggage claim (mainly because we don't have any), and the lines for customs and passport control, though long, move very quickly. Our biggest miscalculation is forgetting that we're returning at rush hour on the Friday of the Memorial Day weekend. Our normal 2 and a half hour drive home from Philadelphia turns into a 5 hour slog, but we have the rest of the long weekend to rest and recover.

As I write this blog, and think back on the trip, we certainly have some highs and lows. Some random thoughts:

The highlights? Some were planned, some not.

I hope you've enjoyed this excursion with us as much as we've enjoyed sharing it. Soon, we'll start our planning for our next adventure, and we'll be sure to bring you along with us.

Until then, safe travels! 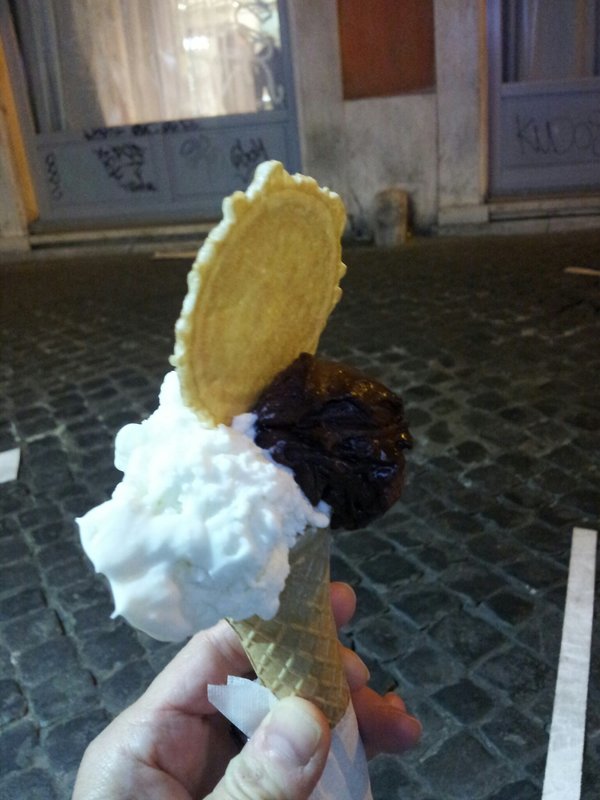 Posted by Zukini 00:00 Archived in Italy